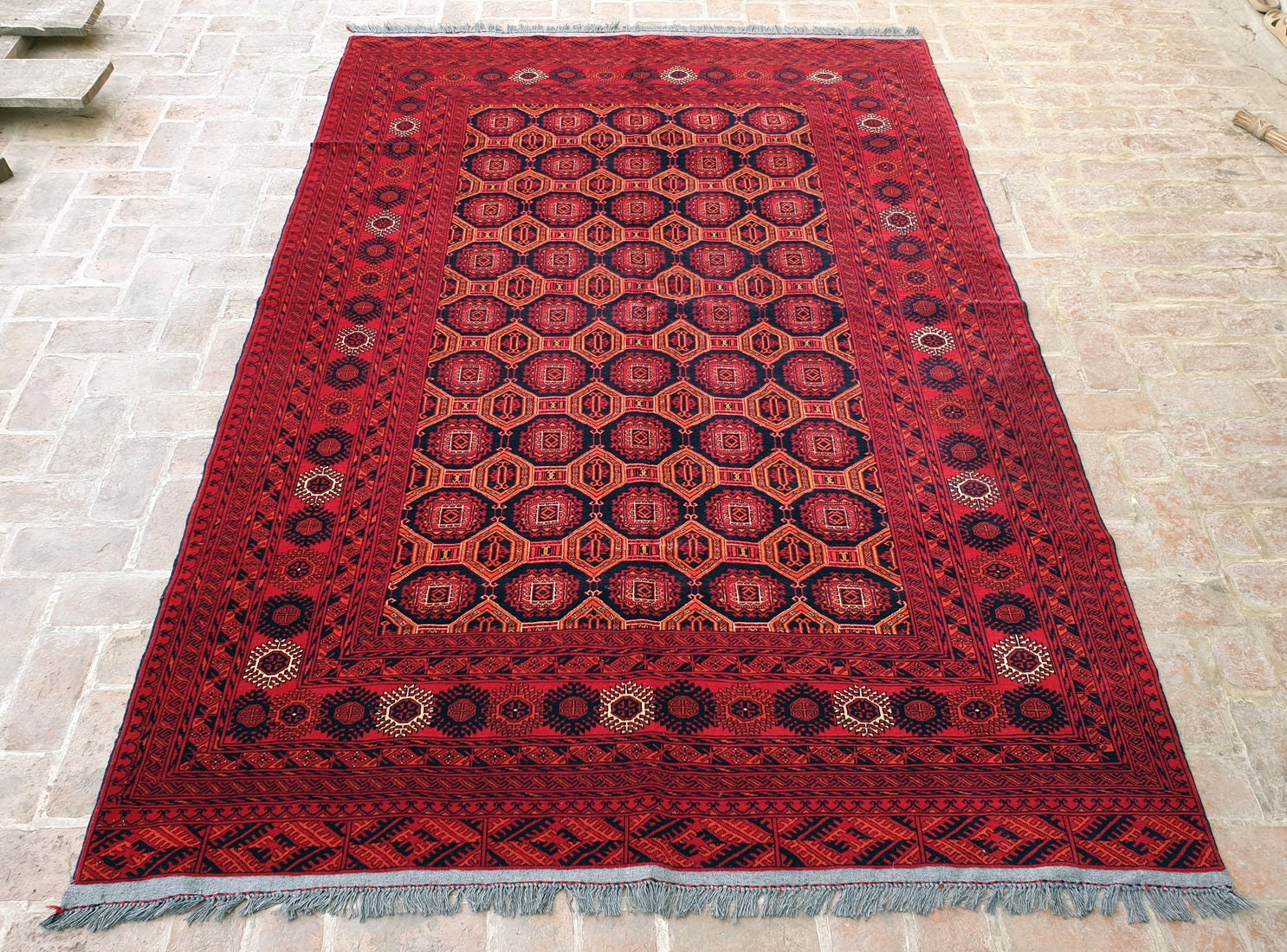 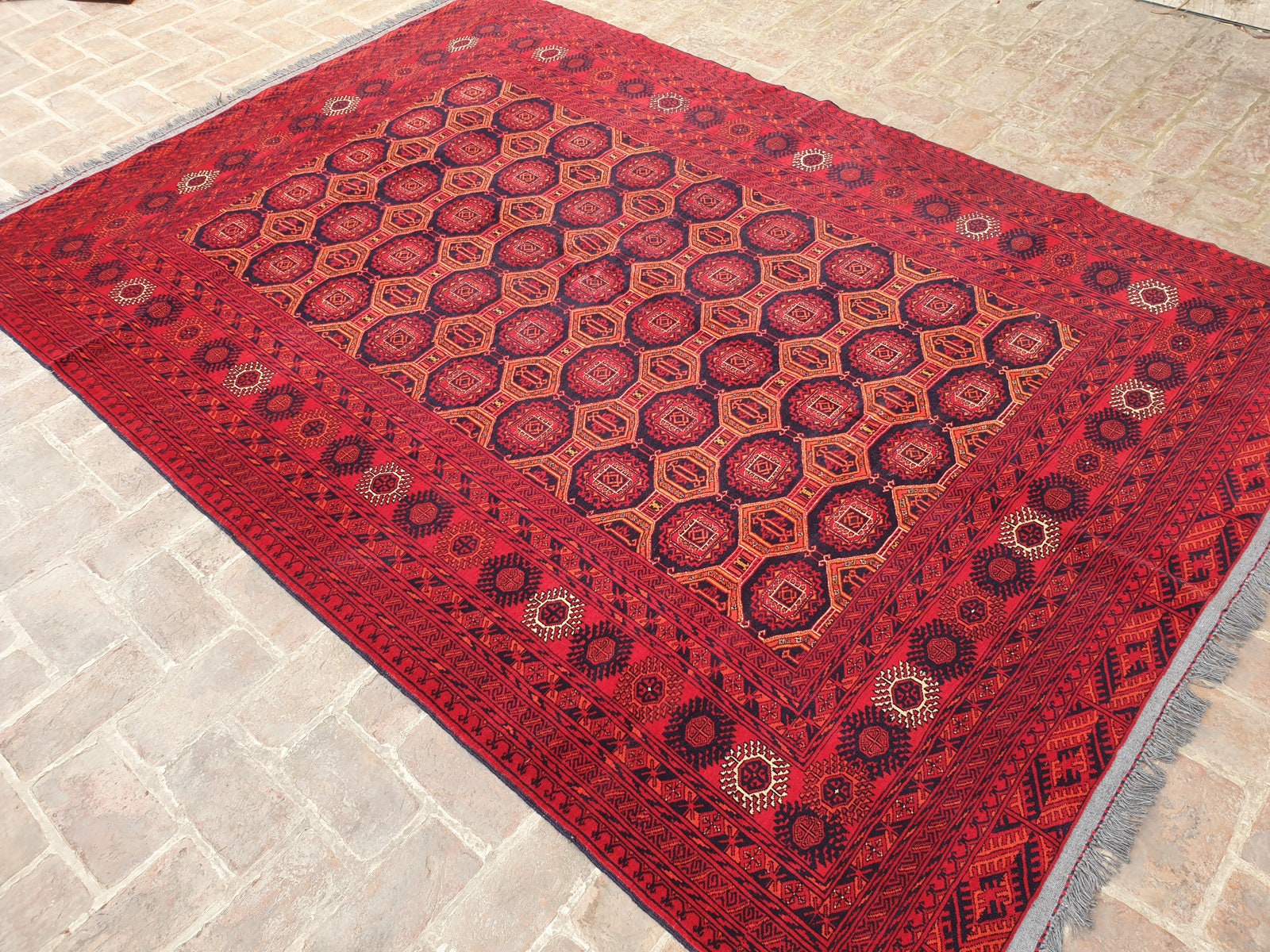 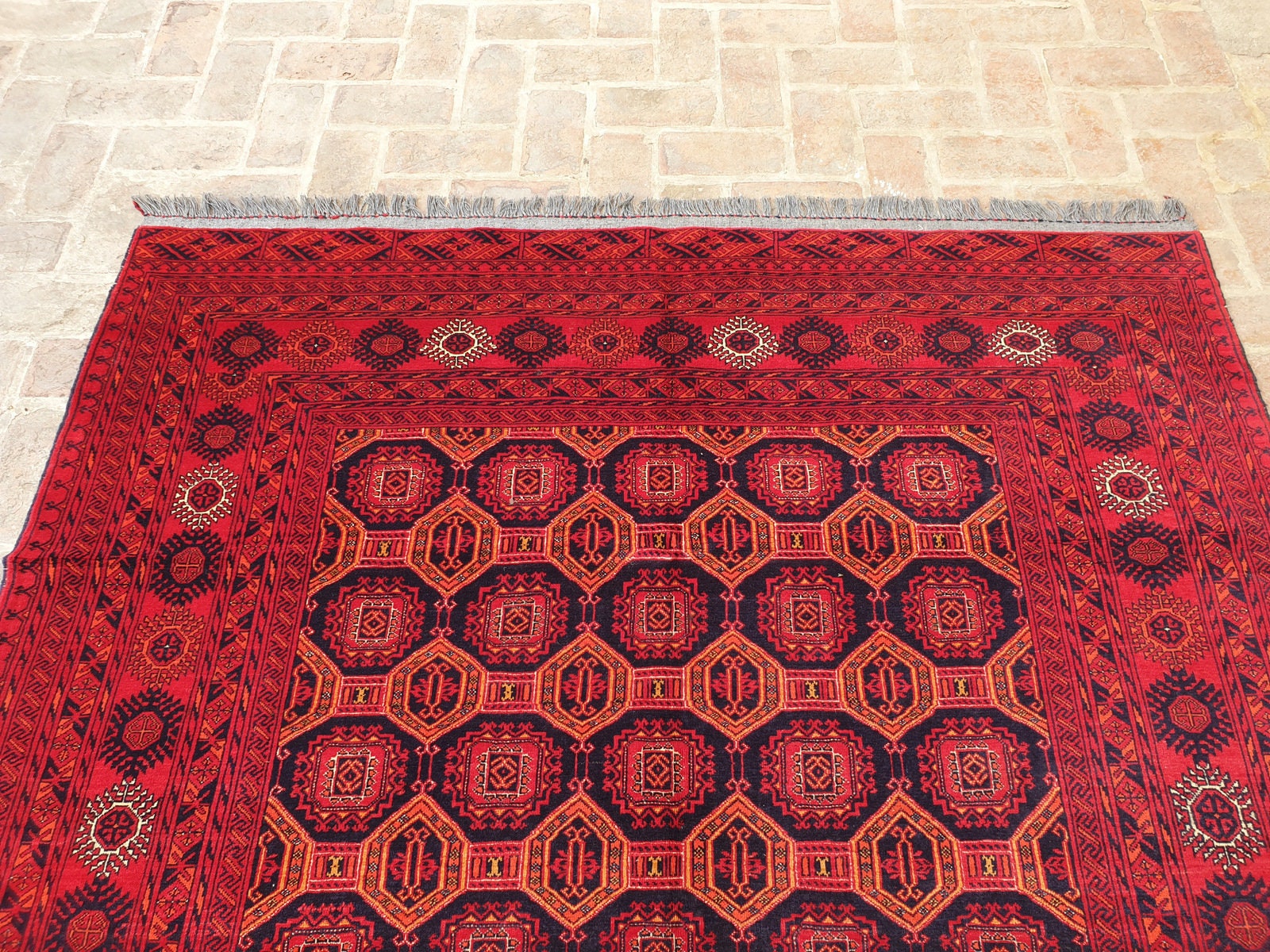 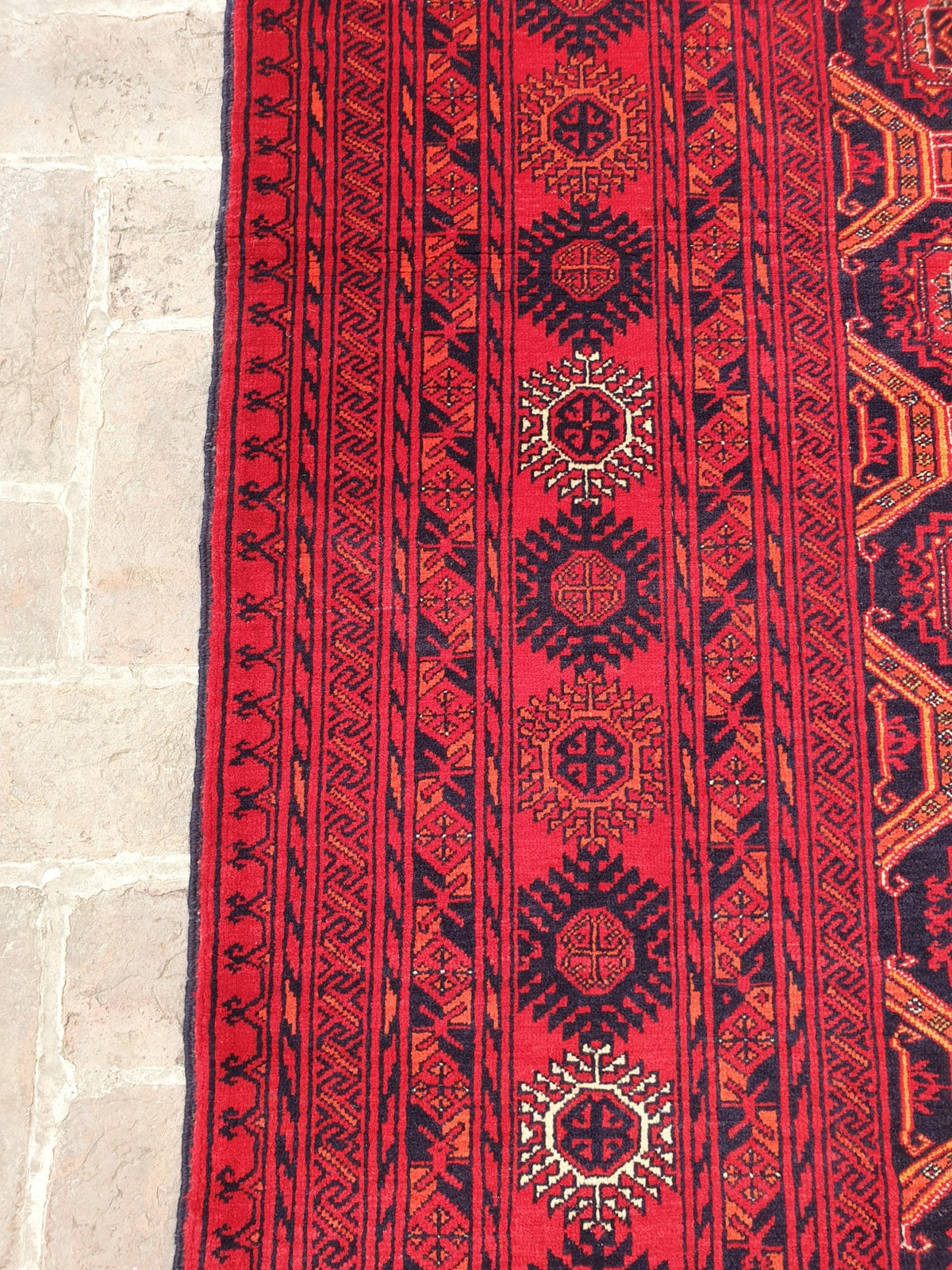 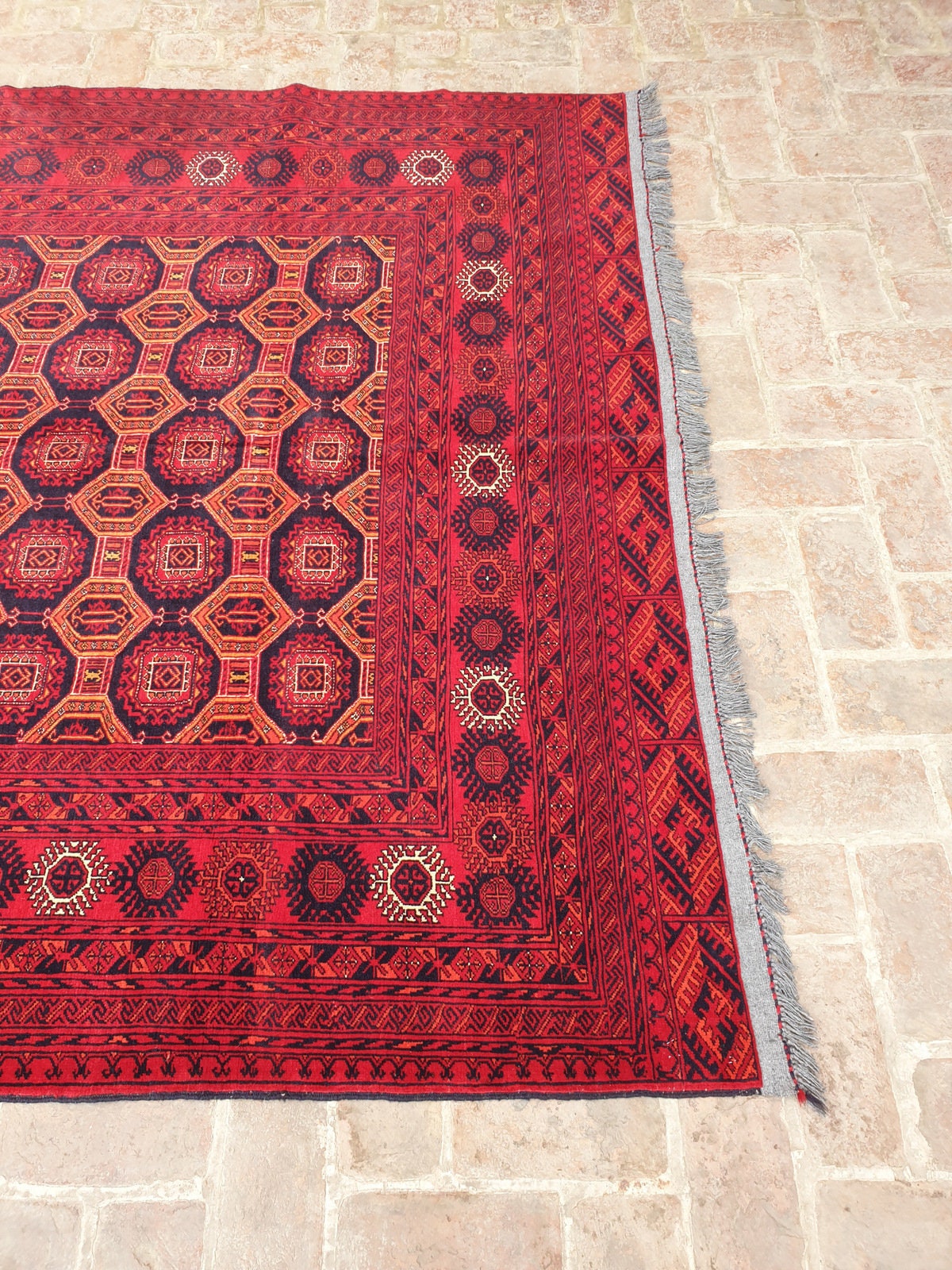 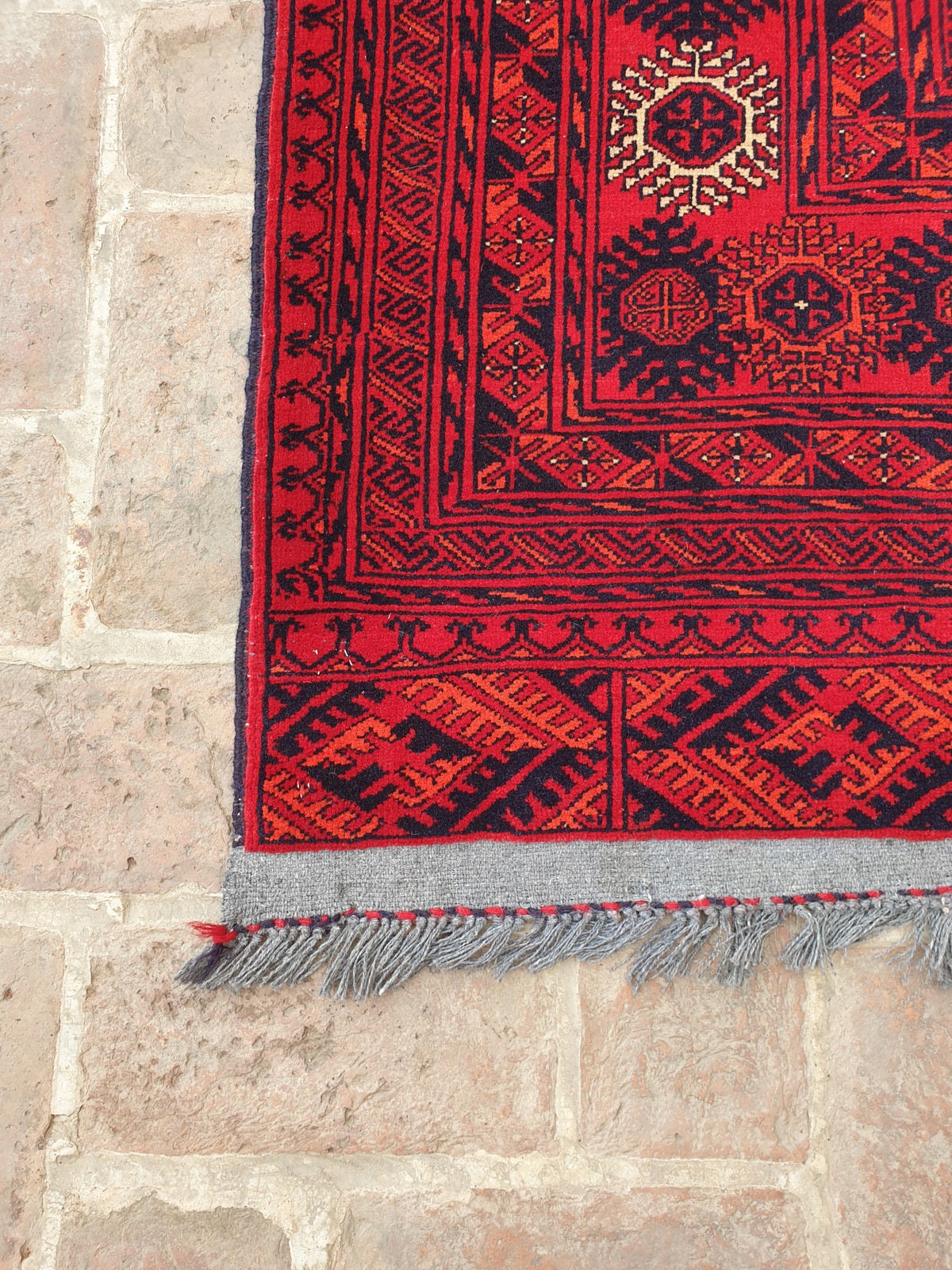 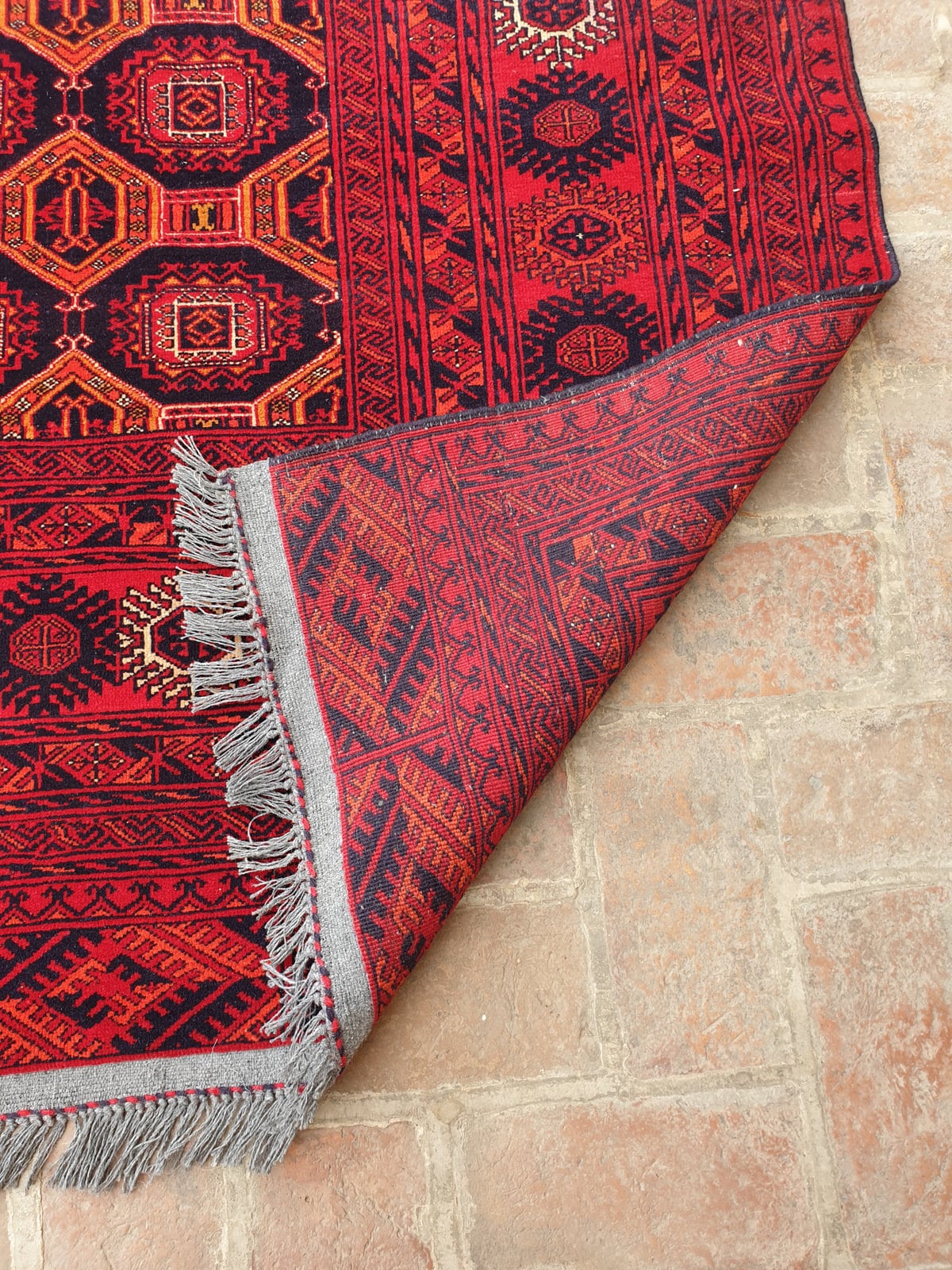 This gorgeous Afghan Rug is made with 100% wool and hand knotted.

Afghan Kunduz rugs are hand knotted by Turkmenians in northern Afghanistan and in some cases they can also be hand knotted in Pakistan by the Turkomans who have crossed over the orders.

ONLY FREE SHIPPING WITHIN THE UNITED STATES -

For some countries, we charge a flat rate for shipping.

If you are unsatisfied with your purchase, you may return it. The customer will be responsible for the return fees.

Where do we ship our rugs from?

Rugs are shipped from our warehouses in the United States and Pakistan.